Share a memory
Obituary & Services
Tribute Wall
Read more about the life story of Gloria and share your memory.

Gloria Edmiston, age 79, of Coleman, passed away peacefully on Wednesday, January 18, 2023, with her daughter by her side.

She was born Gloria Jean Sutton on April 30, 1943, in Yuba City, California to Thomas Paul Sutton and Betty Jean Van Winkle Sutton.  Gloria grew up in Odessa, Texas where she attended school.  She married Ronald Kent Edmiston on July 26, 1959, in Odessa.  Gloria and Ronald moved to Coleman in 1995 after Ronald retired from the City of Midland as a firefighter.  Ronald preceded Gloria in death on August 6, 2021.

Gloria enjoyed collecting and reading books.  She always made time in her day to work on the daily crossword puzzle and then moved on to her crossword puzzle book.  Her afternoons were spent watching her favorite soaps, “Days of Our Lives” and “The Young and The Restless.”  Gloria also loved watching “Gunsmoke,” even though she had probably seen the episode multiple times.  Gloria was a loving wife, mother, and grandmother.  She will be missed.

Gloria is also preceded in death by her parents, Thomas and Betty Jean Sutton; and one brother, William Sutton.

Memorials are suggested in memory of Gloria to the Shriners Hospital for Children at www.donate.lovetotherescue.org.

Remembrances and condolences can be written to the family via the virtual guestbook on Gloria’s tribute page at www.stevensfuneralhome.com.  Stevens Funeral Home is honored to serve the Edmiston family.

A memorial service will be announced at a later time.  Arrangements are entrusted to Stevens Funeral Home, 400 W. Pecan Street, in Coleman.

To send flowers to the family or plant a tree in memory of Gloria Jean (Sutton) Edmiston, please visit our floral store. 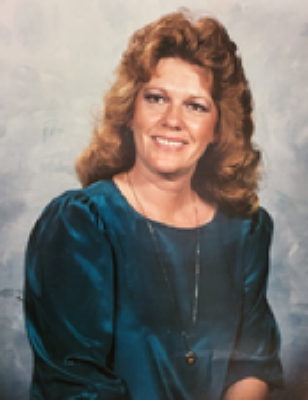 Look inside to read what others
have shared
Family and friends are coming together online to create a special keepsake. Every memory left on the online obituary will be automatically included in the book.

Family and friends are coming together online to create a special keepsake. Every memory left on the online obituary will be automatically included in the book.

You can still show your support by sending flowers directly to the family, or by planting a memorial tree in the memory of Gloria Jean (Sutton) Edmiston
SHARE OBITUARY
© 2023 Stevens Funeral Home. All Rights Reserved. Funeral Home website by CFS & TA | Terms of Use | Privacy Policy | Accessibility